Purgatory is a game based on the planet at a time when Angels and beast have control of the planet. The game scale is about 32 mm and the miniatures are made from resin. All the stats are placed on the character cards, with attacks are colour coded, so each kind of attack moves can be seen at a glance. most games  will be played at 375 points and The main factions are Soul Train and Murder Inc.

The host for Murder Inc, is Moloch. A four armed living bronze statue, Moloch has four abilities and used correctly can do some serious damage, even to another host. Moloch is also great at running into combat or holding up enemies in melee. 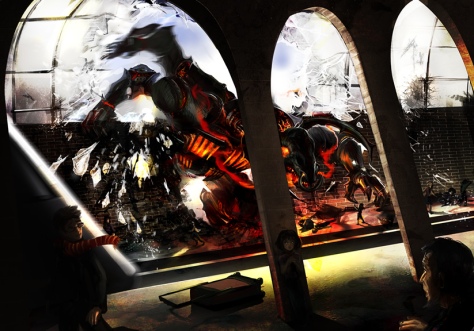 Hannibal is equipped with his own little elephant and is a really good at second deployment. He isn’t needed if you want to go for Jack. who is based on Jack the Ripper, but he is a parody as he looks like a British bobby (police man). He is really good in melee and you have to take at least one of these.

Bobo the clown, is a balloon travelling clown. He is the factions flying type, and is good a range due to his Tommy gun. Shaquanda is a voodoo witch doctor and she is really good at taking down hard targets. Murder Inc is a melee group which is very different to Soul Train.

Soul Train is meant to be a group of singers, the host is Erishkigal is a fallen angel and she also have four different abilities. They also have an apostle called Barry Black  and the wondrous Steve who is great at range hits.

The kickstarter has already started on the link below. Purgatory Kickstarter

I had the opportunity to play this great game. I was lucky enough to play against an amazing opponent, Matthew Holden from White Eagles wargaming club. He even won, which is not a massive surprise. However, as I lost the match. I got the chance to have an exclusive. I managed to see the exclusive image for a stretch goal, this is Halloween. 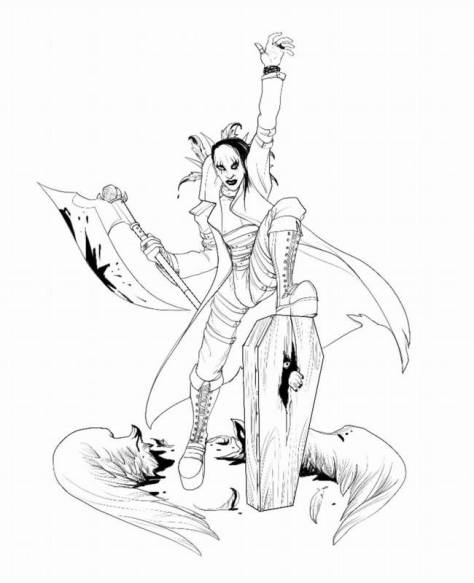 I don’t have anymore information on Halloween. If Purgatory is funded in 12 hours a different Siren is included, here is a image of the devil siren.

Thank you for reading. If you would like more information at anytime, Purgatory Miniatures is the place to get it or on the kickstarter linked above.